“After my excommunication, I had put limits on the Atonement, denying what Jesus Christ did for me and failing to acknowledge how vital and all-encompassing his sacrifice was. Only after my heart was broken and my spirit contrite was I able to cry to my Heavenly Father to apply the Savior’s atoning blood that I might be forgiven (see Mosiah 4:2).

Similar to the experience of Alma the Younger, I felt that I, too, had waded through much tribulation as a result of my decisions, but that ‘the Lord in mercy hath seen fit to snatch me out of an everlasting burning, and I am born of God’ (Mosiah 27:28). The renewed joy I have felt upon returning to the Church is indeed exquisite, but it came at a bitter price: shame, heartache, sorrow, and painful repentance.”

Anonymous  |  A Long Road Back 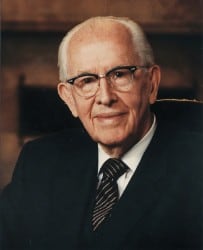 “I would not have anyone believe that there is no hope if there are some who have made such a grievous mistake, because repentance and forgiveness are also a part of the gospel. Thank God for that! But it must be real repentance. Such repentance is a deep, heartfelt sorrow for sin that produces a reformation of life. It is not just a confession of guilt. Sometimes we regard all too lightly the principle of repentance, thinking that it only means confession, that it only means feeling sorry for ourselves. But it is more than that. It is a deep, burning, and heartfelt sorrow for sin that will drive us to our knees in humility and tears—a deep, heartfelt sorrow for sin that produces a reformation of life. That is the right test: a reformation of life. Only then may the God of heaven in his mercy and his goodness see fit to forgive us. He—not the priesthood on the earth—is the judge. Priesthood holders can only carry out certain requirements. They can require certain things set forth in the revelations, but forgiveness comes from above.”

I never had any question that the Church was true and that the gospel was how I wanted to live my life, so I continued going to church. I wanted Heavenly Father to know that I loved Him and that I was so sorry for my actions. I went to church every week, even though it was very hard. The ward was uncomfortable with my being there, and only a few people talked to me. However, one special young woman with Down syndrome named Holly was particularly loving. Every Sunday as I would walk into the chapel, she would run up to me, throw her arms around me, give me a big hug, and say, “It’s so good to see you! I love you!” I felt as if she were acting for the Savior, letting me know that He was happy I was there.

“In the 20 years since, I have sometimes felt a sense of deep guilt wash over me and cause me great unhappiness and worry. I wondered if I had done enough to repent and whether I was truly forgiven. As recently as just a few years ago, my feelings matched those of Alma the Younger, described in Alma 36:12–13… One day I knelt down in prayer and asked, ‘Father, have I done enough? I will do whatever I need to, to have this taken from me.’ Then I waited and listened with my heart.

The answer came very clearly: ‘You have done enough.’ I was overcome with pure joy. I couldn’t stop smiling, and happy tears flowed. All that day I found myself giddy with joy. All the shame and guilt were gone for good.”

“On a cruise ship I had met a businessman who told me that if I ever changed careers, he wanted me to work for him. I called him. After he wired me some money, I cleaned myself up, bought a suit and a used car, drove to his office in another state, and went to work. In less than a year I was vice president of sales. Other jobs followed, but renewed financial success during the next few years did little to ease the spiritual void I felt since my excommunication.

Even though I had numbed my spirit by rejecting all I had held sacred, I could not forget the peace I had once enjoyed through the companionship of the Holy Ghost, the fellowship of the Saints, and the service I had rendered as a priesthood holder.

My longing to have the gospel back in my life grew, but I needed strength and faith to repent. Most of all, I needed Heavenly Father’s help to make my way back to the Church. The first steps required that I regain my self-respect through renewed obedience. Once I showed my Heavenly Father that I was serious and determined, I was sure he would guide me.”

Anonymous  |  A Long Road Back

The disciplinary council for a senior Church leader consists of members of the First Presidency and Quorum of the Twelve Apostles. Although the removal and excommunication of Church leadership is rare, the Church holds the most senior leaders to the same standards of conduct—if not more so—as all other members of the Church.

“There appears to be a plague of child abuse spreading across the world. Perhaps it has always been with us but has not received the attention it presently receives. I am glad there is a hue and cry going up against this terrible evil, too much of which is found among our own. Fathers, you cannot abuse your little ones without offending God. Any man involved in an incestuous relationship is unworthy to hold the priesthood. He is unworthy to hold membership in the Church and should be dealt with accordingly. Any man who beats or in other ways abuses his children will be held accountable before the great judge of us all. If there be any within the sound of my voice who are guilty of such practices, let them repent forthwith, make amends where possible, develop within themselves that discipline which can curb such evil practices, plead with the Lord for forgiveness, and resolve within their hearts henceforth to walk with clean hands.”

“We are doing all we know how to do to stamp out this terrible evil. When there is recognition of equality between the husband and the wife, when there is acknowledgment that each child born into the world is a child of God, then there will follow a greater sense of responsibility to nurture, to help, to love with an enduring love those for whom we are responsible. 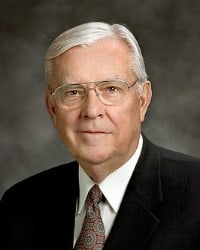 “Both the Lord and his church stand ready with open arms to welcome back all who stray. The First Presidency has extended this special invitation:

‘We are aware of some who are inactive, of others who have become critical and are prone to find fault, and of those who have been disfellowshipped or excommunicated because of serious transgressions.’

To all such we reach out in love. We are anxious to forgive.”

Elder M. Russell Ballard  |  A Chance to Start Over:

“To members and leaders of the Church who know of a brother or a sister who has been disfellowshipped or excommunicated: Love him or her without judging. Be sensitive and thoughtful without prying. Be warm and caring without being condescending. Be forgiving and forgetful. The Lord has said, ‘Behold, he who has repented of his sins, the same is forgiven, and I, the Lord, remember them no more.’ (D&C 58:42.) Can we be justified in doing any less?”

Elder M. Russell Ballard  |  A Chance to Start Over: