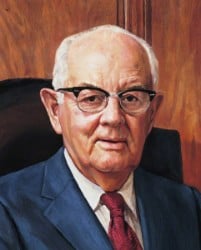 “We have repeatedly affirmed the position of the Church in unalterably opposing all abortions, except in two rare instances: When conception is the result of forcible rape and when competent medical counsel indicates that a mother’s health would otherwise be seriously jeopardized.”

“When the controversies about abortion are debated, “individual right of choice” is invoked as though it were the one supreme virtue. That could only be true if but one person were involved. The rights of any one individual do not allow the rights of another individual to be abused. In or out of marriage, abortion is not solely an individual matter. Terminating the life of a developing baby involves two individuals with separate bodies, brains, and hearts. A woman’s choice for her own body does not include the right to deprive her baby of life—and a lifetime of choices that her child would make. As Latter-day Saints, we should stand up for choice—the right choice—not simply for choice as a method.”

Russell M. Nelson  |  Abortion: An Assault on the Defenseless 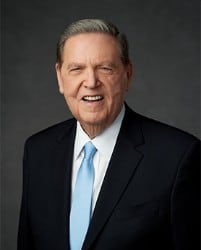 “Clearly God’s greatest concerns regarding mortality are how one gets into this world and how one gets out of it. These two most important issues in our very personal and carefully supervised progress are the two issues that he as our Creator and Father and Guide wishes most to reserve to himself. These are the two matters that he has repeatedly told us he wants us never to take illegally, illicitly, unfaithfully, without sanction.” 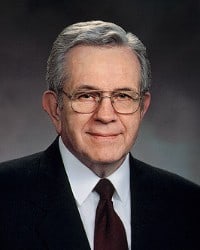 “When we speak plainly of divorce, abuse, gender identity, contraception, abortion, parental neglect, we are thought by some to be way out of touch or to be uncaring. Some ask if we know how many we hurt when we speak plainly. Do we know of marriages in trouble, of the many who remain single, of single-parent families, of couples unable to have children, of parents with wayward children, or of those confused about gender? Do we know? Do we care? Those who ask have no idea how much we care; you know little of the sleepless nights, of the endless hours of work, of prayer, of study, of travel—all for the happiness and redemption of mankind. Because we do know and because we do care, we must teach the rules of happiness without dilution, apology, or avoidance. That is our calling.”

Boyd K. Packer  |  The Father and the Family

“With that understanding and reverence for life, we deplore the loss of life associated with warfare. The data are appalling. In World War I, more than 8 million military fatalities occurred. In World War II, more than 22 million servicemen and women died.2 Together, these two wars, covering portions of 14 years, cost the lives of at least 30 million soldiers worldwide. That figure does not include the millions of civilian casualties.

“These data, however, are dwarfed by the toll of another war that claims more casualties annually than did World War I and World War II combined. Worldwide reports indicate that more than 40 million abortions are performed per year.

“This war called abortion is a war on the defenseless and the voiceless. It is a war on the unborn. This war is being waged globally. Ironically, civilized societies that have generally placed safeguards on human life have now passed laws that sanction this practice.”

Russell M. Nelson  |  Abortion: An Assault on the Defenseless

“Husband and wife have a solemn responsibility to love and care for each other and for their children. … Parents have a sacred duty to rear their children in love and righteousness, to provide for their physical and spiritual needs, and to teach them to love and serve one another.”

Quorum of the Twelve Apostles  |  Proclamation on the Family 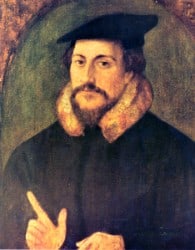 “If it seems more horrible to kill a man in his own house than in a field, … it ought surely to be deemed more atrocious to destroy a fœtus in the womb before it has come to light.”