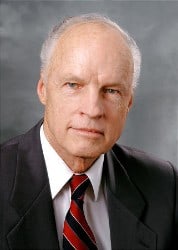 “A story is told of an encounter between the Prophet Joseph Smith and Brigham Young. In the presence of a rather large group of brethren, the Prophet severely chastised Brother Brigham for some failing in his duty. Everyone, I suppose somewhat stunned, waited to see what Brigham’s response would be. After all, Brigham, who later became known as the Lion of the Lord, was no shrinking violet by any means. Brigham slowly rose to his feet, and in words that truly reflected his character and his humility, he simply bowed his head and said, “Joseph, what do you want me to do?” The story goes that sobbing, Joseph ran from the podium, threw his arms around Brigham, and said in effect, “You passed, Brother Brigham, you passed.”