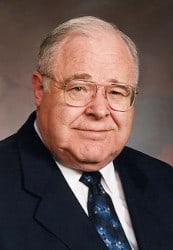 “The view that changes in the early church resulted in the descent of a blanket of stygian darkness over the entire earth such that humankind had no contact with God or the Spirit for nearly two millennia simply doesn’t stand up to the scrutiny of modern scholarship. Scholars of today, benefiting from perspectives and information not readily available a century ago, understand that the ‘Dark Ages’ were not nearly so dark as previously had been thought.”

Alexander B. Morrison  |  Turning from Truth: A New Look at the Great Apostasy